The folks at Apple Computers Inc. really wanted me to upgrade to macOS Catalina, so I did. After having nervously lingered in front of the unmoving progress bar of impending doom for two hours while the upgrade script made sure that all of my millions of node_modules files had the correct sandboxed permissions, I was finally let into my tool of digital self-expression again. Only to discover that the brilliant engineers of Palo Alto had decided that 32-bit apps weren’t in vogue anymore. You know, like reliable keyboards and SD-card slots. 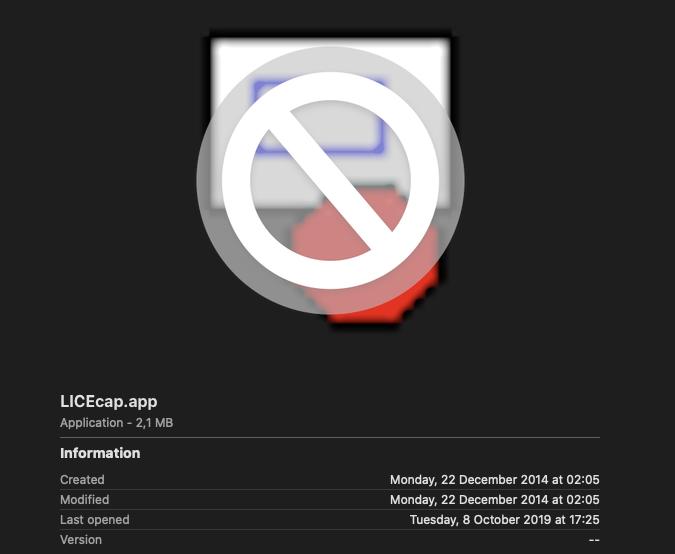 But this post isn’t about how Apple has lost its edge with its new perfect circular new campus, but about one of my favorite little apps, the GIF screen capture tool LICEcap.

Not a day goes by without me having to record something I do on the screen. It can be to document some bug I found, show my colleagues at Sanity.io something cool, a clever tweet, or useful visual context when I’m helping other people out some project. I know you should think twice before putting animated GIFs on your webpage (because they tend to be huge), but I sometimes make that sin too.

There are loads of cool screen capture to GIF tools out there. An obvious mention is Kap by these wonderful people. It does a lot more than LICEcap, and is even written in the world-eating JavaScript programming language. In fact, I used it to screen capture how LICEcap works.

But the reason I’m always reaching for LICEcap when I need those moving pixels captured is that it records directly to the file. No post-processing. Apparently, that is a killer feature. Being able to quickly do the screen capture and have the GIF ready for sharing in the instant you stop the recording is really convenient. Turns out, convenience trumps feature lists. 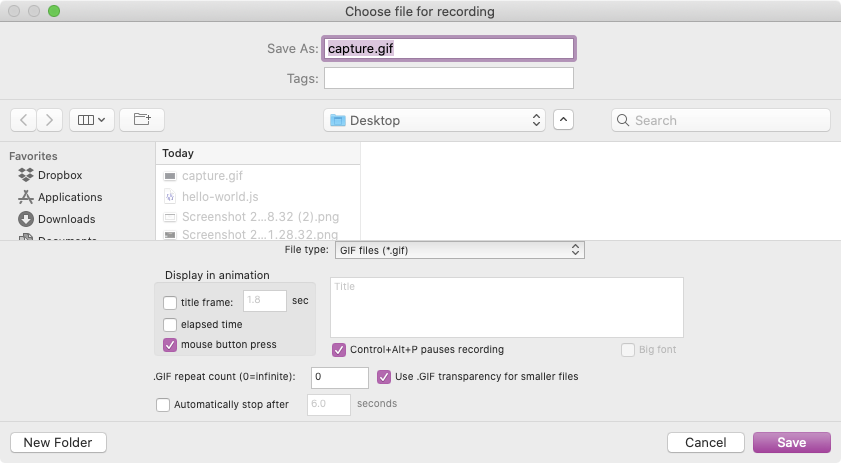 LICEcap doesn’t have a bunch of options and settings. But that’s fine for most parts. If I need more, that usually means that I should do the recording with something like ScreenFlow instead.

I actually thought my days with LICEcap were over, but writing this post made me discover that a 64-bit version has been out since February 2018, so shame on me.

Doing some minimal amounts of research for this post, I also discovered that LICEcap’s developer is Justin Frankel of Winamp fame.