Why I love working at Sanity.io

Four years ago I was a grad student with a Ph.D. fellowship in the Study of Religions, so how did I end up working for a tech startup? This is a post about how I, Knut Melvær, came to run Developer Relations at Sanity.io – it's also a celebration of following less obvious paths.

(Cover image: Me presenting Sanity.io on the Google stage at Slush, with Bjørge)

In 2015 I was getting worn down. Recruitment practices in the academy are harsh. The prospect of being passed from one temporary university teaching contract to the next wasn't very appealing either. My fellowship was nearing its end, and while I had both published peer-reviewed research, and done lots of teaching and dissemination – it was challenging working on a thesis using digital methods in a field with very, very little experience with such things. Also, I’d developed a severe depression – which, after a too long stretch, I sought help mastering, and am mostly OK from today (do get help people!).

A couple of months before my stipend ran out, I got a job offer as an interaction designer (which soon became “technology strategists”) at the wonderful, UX-oriented design agency Netlife. In addition to my tech-oriented humanities background, I was an experienced web development freelancer. But I was very lucky to get the offer as it not only meant I didn't have to constantly worry about earning a living and how to get the next contract, but I was welcomed to a milieu where people had each other’s back and cheered you on. Not too much of that in the academy. Not that I'm bitter. Or wait.

I worked at Netlife for three years and enjoyed every minute of it – although multiple concurrent clients with high demands, sometimes on tight budgets and with much at stake, also does take its toll.

So when I got the offer from Sanity.io to join as a developer advocate, it felt like a special opportunity. I would get to work on a special technology along with some very talented people. It felt like the right time to move on and an opportunity not to be missed.

I had already had the pleasure of working with Sanity as tech-lead when building Netlife’s new website, using it as a content backend, with Next.js as the frontend, and multiple Node.js-microservices on Heroku. We had also run the same setup for U4 Anti-Corruption Resource Centre. Those experiences inspired me to write the blog post “Headless in Love with Sanity”, which — though I didn’t get at the time — kinda ended up being my job application. Notwithstanding, the motivation was a real appreciation to be working with something where you felt a lot of care and thinking had gone into making my life as a developer easier, and frankly, more fun.

Now that I have been working at Sanity for half a year, I thought it was time to jot down some thought about why it has been such a blast. It’s also a not too subtle pitch for those of you who either are considering applying for a position – or are asked to join. That being said, my motivation to write this it is pretty pure and an opportunity to reflect on what makes my job meaningful and exciting.

I, like many others working with technology in Norway, had an admiration the people behind Sanity for many years. They used to be a technology- and design agency called Bengler, with a track record for doing weird/challenging/state-of-the-art work, such as making a social network tied to local publishing, that launched concurrently with Facebook, controller software for 3d printers, a chorded text input device, or disruption-as-a-service toolkit.

Frankly, coming to work with these people would have been terrifying, if it weren’t that they are all incredibly pleasant, grounded, and open-minded. They challenge you when you haven’t thought properly through the implications of your suggestions, but also cheer you on when you ship. As one of the first “outsiders” in the new company, I have never felt excluded or not a part of the team. Of course, that may come from selection bias, but I would be surprised if the same didn’t account for new, and more diverse hires than myself (a Norwegian white male in his 30s). It's a startup with grown-ups, with families, obligations, hobbies, and things happening outside of work.

At work, pretty much all of our attention is tied up in what we’re making: Sanity. I have done my fair share of CMS related development, be it Wordpress, Craft CMS, Statamic, Contentful, and others. Although it isn't fair to categorize Sanity as “just another CMS,” used as one, it has undoubtedly been the most fun one to work with (and Craft CMS is pretty darn fun). I believe it’s because Sanity.io opens you to so many possibilities. There are plenty of doors that open when you deal with a real-time backend, having a relational document store with a graph-oriented query language, with an open source React content editing app. This makes Sanity.io pretty unique and awesome – it took them years to build.

However, all the little things are as important: some minor functionality in the CLI, some available method on the way you can tweak the document listings or a feature in GROQ. I can’t count how many times I asked if you could do this or that, and while waiting for the answer, discovering that, yeah, you can do it. It's nice to stumble over exactly what you need when you need it. Using Sanity.io has been a series of such experiences.

Sanity is already remarkable in its own right, but looking at the very secret backlog, there are so many cool things that we can build on top of this stack, that I can’t even. 2019 will be an exciting year, for sure.

I have been mistaken so many times since I started in Sanity – which to me, is part of the appeal (that means that I’m learning). One thing I was very wrong about, was my worry about launching the community platform. I was so ready to have to moderate and deal with trolls and hostile people in our community Slack. I was very wrong.

It has been such a joy to get to know our community, get to answer surprisingly challenging questions (because people are using Sanity to solve challenging things), take very constructive feedback, and — this is my favorite thing — see the stuff people are building. The community has grown very fast, but it hasn’t been a single instance of harassment or bad behavior (as far I have been able to gather). As we continue to grow, a key concern is to make everyone feel welcome and included.

I go to work to the coolest office (though the floors are heated). Almost every day (as a commuter I treat myself to the home office once in a while), I enter a converted horse tram depot at Grünerløkka, a lively neighborhood in central Oslo (the capital of Norway). It’s an open space, yet it doesn’t give the feel of an open office. Behind where I tend to sit, there is a workbench where Polarworks (which also grew out of Bengler) are developing super cool motion control software. It very much feels like a maker space. So although I’m not that into beer and aware that it makes us sound like outtakes from Portlandia, it is indeed nice to have a micro-brewery where good tasting brews are made. Next year we'll be opening an office in San Fransisco, that'll be exciting too! 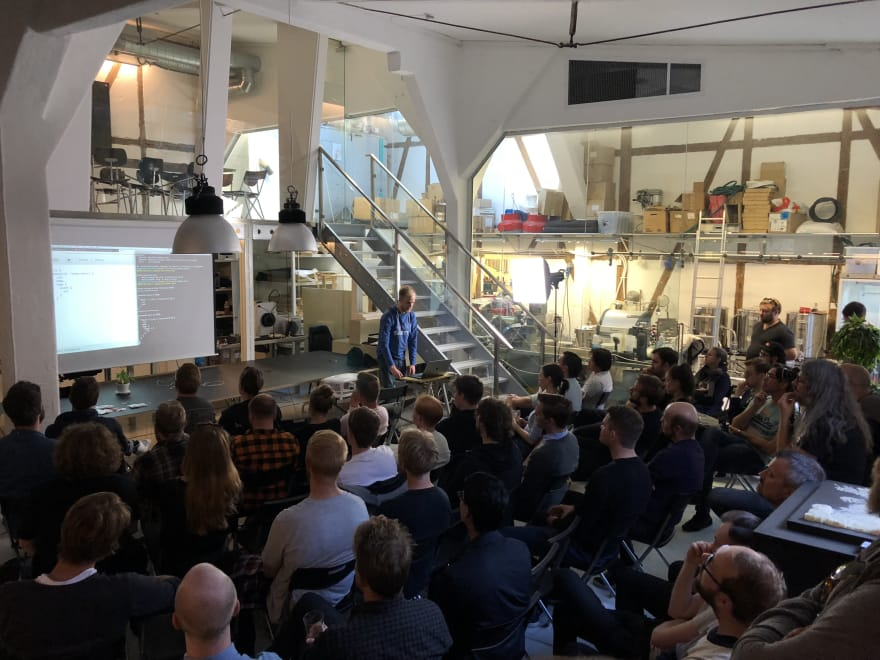 To me personally, the primary motivation that brings me to work every day is many challenges of working on a product like Sanity, which both has many features, but with the ethos of being super easy to use. We sincerely believe Sanity has a place for developers that need a backend for structured content – be it a weekend project, or for enterprise needs. To take a product out in the world is hard work. To prepare your organization for taking on more people is always a challenge. To understand what’s truly useful for people, and how to communicate with them, is not easy. To take time off to recuperate and get enough brain air to stay creative can be difficult when crazy-stuff-we-can’t-talk-about-yet™ is happening every week. To be allowed to be wrong, to experiment, and given the trust to try stuff I haven't really done before are sometimes scary, as there is a great deal of responsibility that goes into it.

However, those are also the things that drive me, and why I, frankly, love working for Sanity.io. I hope I get to share that pleasure with you some day.

I should also mention our office dogs, my own Jara, and Espen’s Kokos. 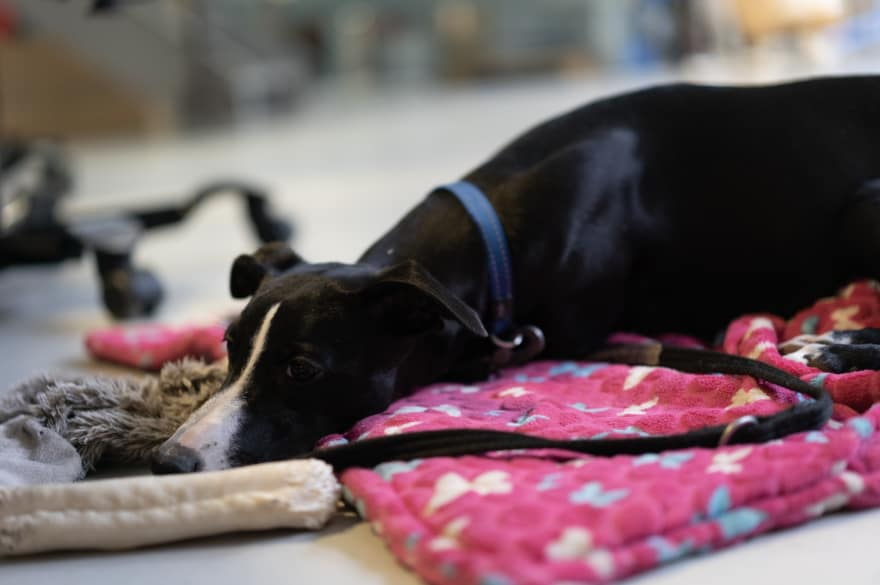 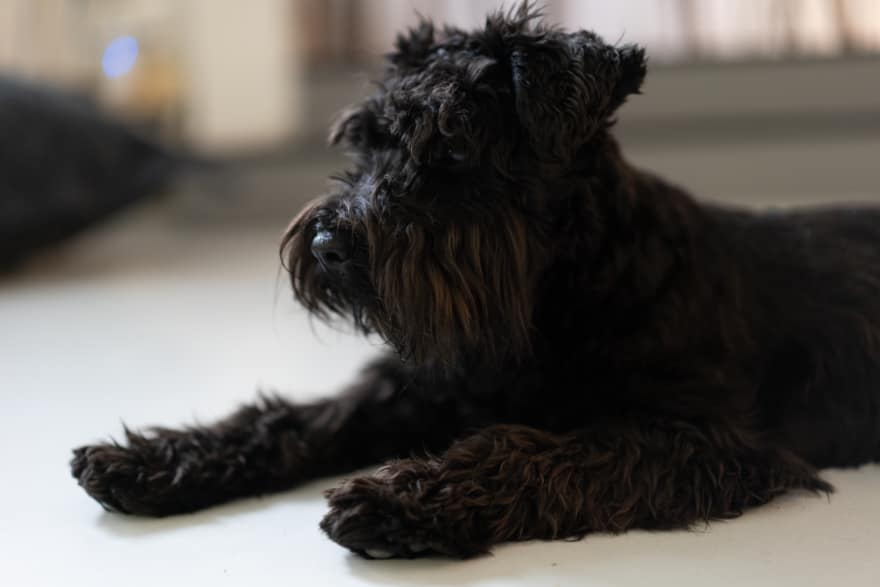