Config2020: Some impressions from Figma’s conference

During my month-long stay in San Francisco, mainly tinkering in the Heavybit offices, I had the opportunity to attend Figma’s first conference, cleverly named Config. Identifying more as a developer, than a designer, I wasn't sure if the conference was “for me”. But I'm a huge fan of Figma. Both because we use it at Sanity.io (where I work), and the product kinship that we have: real-time, collaborative, and exstensible applications, for people who make things. Honestly, I wasn’t fully prepared to roam amongst 900+ handsome people towards the end of a pretty busy week, in a pretty busy start of the year. I instantly felt my introvertism blossom arriving at the venue on The Midway. I got it somewhat tempered by caffeinating on the Diet Coke I fell back on because of endless coffee lines. Fortunately, I had a conference buddy, and the overall mood was super friendly. 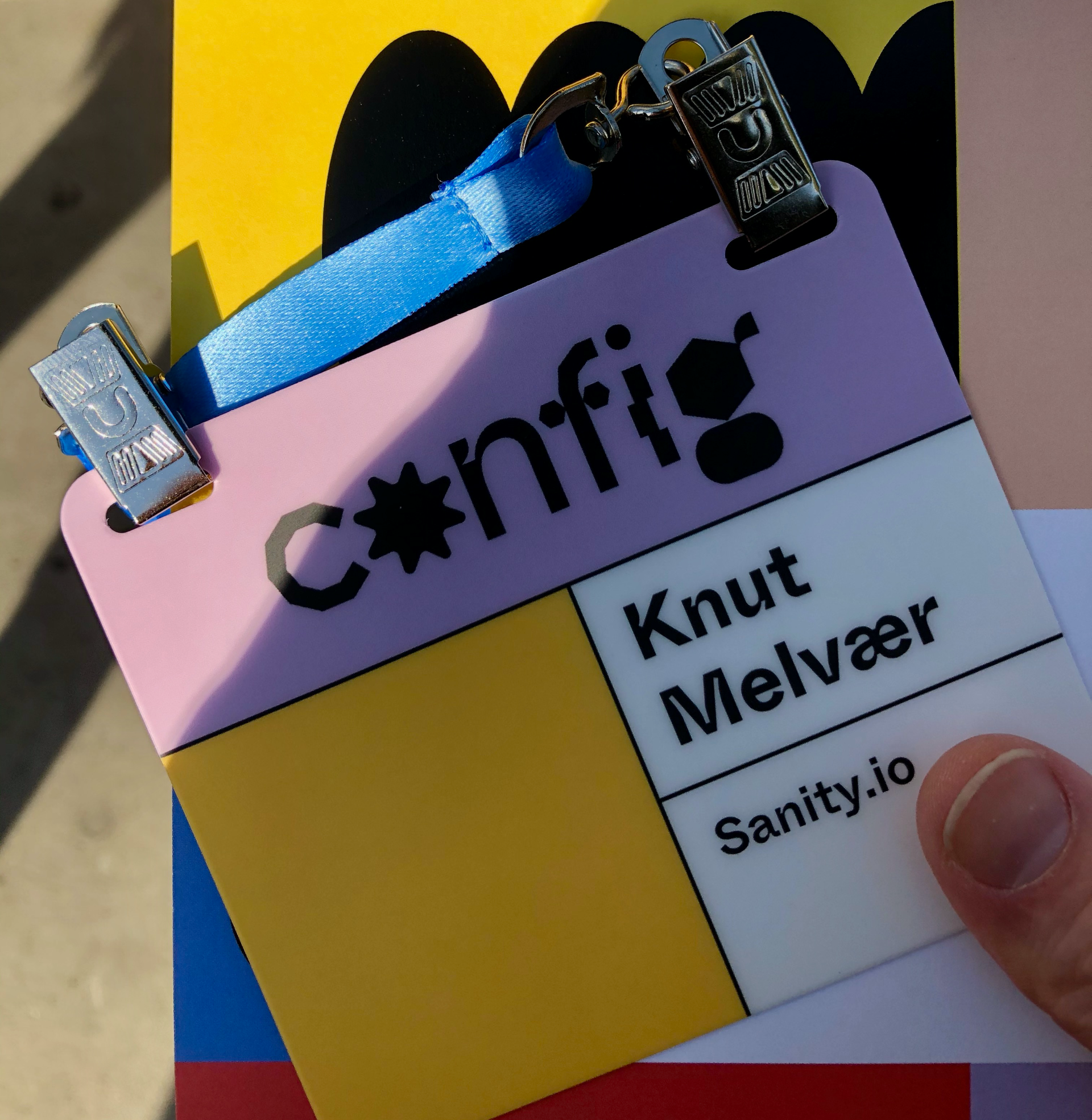 Having been somewhat involved in Webdagene (Norway’s largest web conference that turned into Y Oslo), I know how hard it is to organize these things. There should have been more coffee stations, some re-thinking of the people logistics, and pre-signup with limited attendees to the workshop sessions. That being said, I’m super impressed with what the Figma team managed to pull together for their first conference. I have high expectations for next year! (because there will be one next year, right?)

Following are my take-aways from some of the talks I attended. As of now, only the live-stream from the first keynotes is out, but I’ll add the rest of the videos once they’re published.

#Welcome to a new decade of design, Dylan Field

My first real-life encounter with Dylan, the CEO/Founder of Figma, was actually when a couple of colleagues and me got to visit their HQs back in August 2019. We were already starry-eyed when we ringed the front-door. This super-friendly eerily familiar person let us in and found our host there. The shy Scandinavians that we were, and honestly, a bit nervous, we forgot to introduce ourselves properly. Not before after did I realized that we were let in by Dylan (I blame his artsy Twitter avatar).

Dylan opened Config pretty much the same way. He set the mood with a down-to-earth approach and a lot of humor that made the floor filled with 900 ambitious and highly skilled people, that’s also aware of the other ambitious and highly skilled people, a bit more relaxed. Of course, he was there to launch some neat features, like better font-pickers (it’s fascinating how “small” improvements may save so many people a lot of time), and new auto-layout gizmos (huge cheer), and deep-linking to make it easier to get your collaborators to the right places.

Link to Dylan‘s keynote with timestamp

Dylan was followed by another friendly guy, that introduced a bit of vulnerability and self-reflection on the stage. My inner monologue watching Craig was a mix of “dammit, that’s clever, I wish I had thought of that” and “this is so relatable!”. I think everyone felt it when he talked about making a humongous book out of all the design comps and git commits from the Flipbook development. And a bit of envy from his long-ass walk from south of Tokyo to Kyoto.

Craig’s talk made me reflect more about how you should actively set healthy constraints for how you approach work, especially creative work. With the constant influx of notifications, it’s sometimes tempting to go full Luddite. What I liked about Craig’s approach, is that he considered how he could use technology and certain rules to both improve the mental environment, but also create other, and perhaps more interesting connections with people. Playing around with synchronicity and asynchronicity.

Link to Craig’s keynote with timestamp

#I pressed ⌘B. You wouldn’t believe what happened next, Marcin Wichary

There was a lot of buzz around this talk upfront. With good reason. This was probably the highlight of the conference. Partly because what Marcin brought to the stage is so very relatable for someone who works in a product company. Namely, the complex work that may behind the seemingly simple features. This is especially true when you work with a product that’s real-time and collaborative.

Marcin is brutally honest and equally funny. And the slides were brilliant too. I can't really reveal much more of this talk, because it has some spoilers. I guess you just have to see it when it's out.

Lucas Smith’s musings about state in product design resonated with something I many times have felt as a frontend developer. Especially back in the days when I got handed stills from photoshop and such. I believe it’s also some of the motivation behind the “designers should code” thing. His distinctions between imperative and declarative modes of working with the design made a lot of sense too. There’s a negotiation between “how it looks” and “how it should work”. I believe it’s mighty helpful to both aware and to communicate this when you present design and ask for feedback.

I didn’t expect to feel as much at “home” at this conference as I did. Because I’m more of a developer than a (visually oriented) designer (cue the “everyone is a designer” debate). But I really connected with most of the talks because there so many concerns that are in common. Open source is one of them, and it was interesting to hear Soleio talk about his views on open source. Not just inherently interesting, but also because Soleio is founder and partner at the VC fund Combine. As someone working at a startup, I seek to understand the weltanschauung of those investing in technology and design.

Soleio suggested that open source is perhaps less about the access to the material (i.e., the code, or the vectors), and more about that it allows people to reshape what it can be used for. His prime example was the invention of spreadsheets for budgeting and calculus, and how it was reshaped by the Shitty Media Men List and the #metoo movement.

I also appreciated the rush of nostalgia when Soleio brought forth Joshua Davis’ PrayStation CD-ROM, released back in the days when Flash was a thing.

Miguel is the only designer in the surprisingly small team behind VS Code. He told us how his team involved the community in their design processes. And by the community, we’re talking one of, if not the, most popular code editor. That seems like a stupendous amount of pressure when you have to make design decisions that affect a tool that millions of people use for their work every day. Again, talks are always more interesting when they talk about hard-earned lessons, and they came improved from it. Definitively one of the talks I’ll revisit for inspiration on how we can get better at involving Sanity’s community when we’re figuring out new stuff.

It’s not often I get teary-eyes at conferences. But May-Li subverted my professional conference attendance posture and dug right down to both existentialism and humanity. It’s so easy to get bogged down in all the bubbly concerns in growing a startup, that it’s easy to forget that what you are making and spending time on realizing, may be used to improve people’s lives in small and big ways.

I was amused to learn that the turntable icon that I chose for my mac’s user account because I didn’t have any selfies at the time, and never bothered to change it, was made by May-Li. 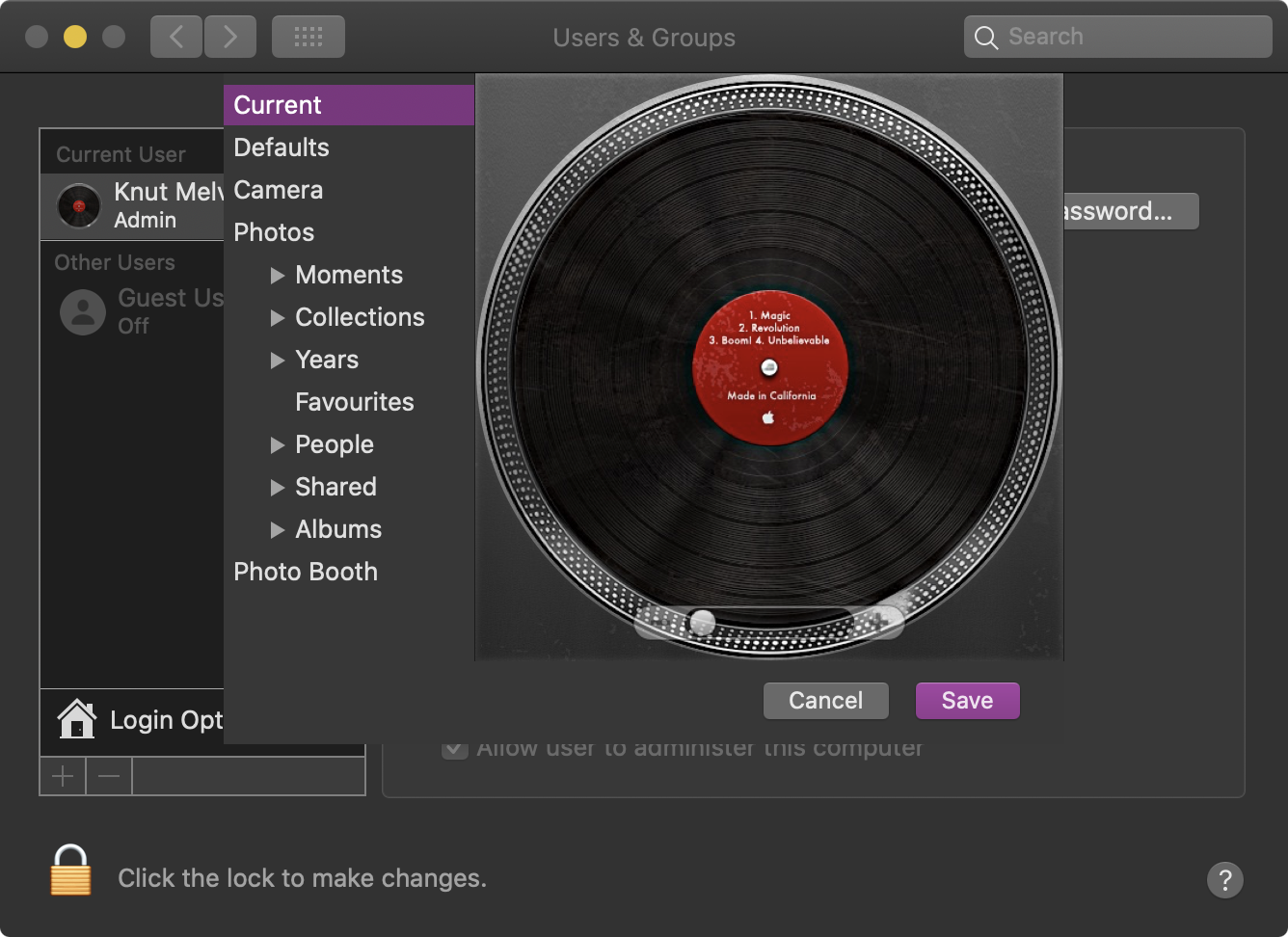